The 10 Sexiest Vampires on Film

Now before anyone starts yelling at me because I didn't include any of the vampires from Twilight, The Vampire Diaries, or True Blood; I will say calm down and take a deep breath. I didn't include them because I can't stand Twilight, The Vampire Diaries boys are too new on the scene, and I haven't watched even one episode of True Blood. Now I will admit that these characters will probably be on the lists of everyone else so I don't feel too bad by not including them on mine.

So I will separate my list between the men and women, 5 of each. With no further ado, here is my list (In no particular order). 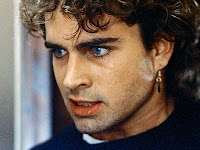 Michael, as played by Jason Patric in "The Lost Boys". Michael never fully makes the change but he is well on is way before he is saved by his younger brother.

Julian Luna, as played by Mark Frankel in "Kindred: The Embraced". Julian is the Ventrue Prince of San Francisco in the TV show based of the RPG Vampire: The Masquerade. 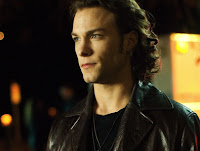 Henry Fitzroy, as played by Kyle Schmid in "Blood Ties". "Blood Ties" was a TV show based off of a series of books by Tanya Huff. 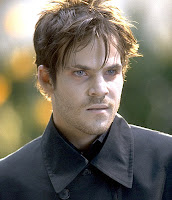 Deacon Frost, as played by Stephen Dorff in "Blade". "Blade" was based off a Marvel comic book series where the character of Deacon Frost was much older.

Angel, as played by David Boreanz in "Buffy: The Vampire Slayer" and "Angel". Angel was not supposed to be a regular character but he proved so popular with fans he was added to the cast and eventually given his own show.
THE WOMEN 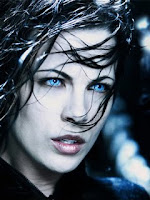 Selene, as played by Kate Beckinsale in "Underworld" and "Underworld: Evolution". Selene was a Death Dealer, a warrior fighting the Lycans.

Lilith, as played by Angie Everhart in "Bordello of Blood". Lilith is the owner of a whorehouse ran by vampires.

Miriam Blaylock, as played by Catherine Deneuve in "The Hunger". The Hunger is based off a book, of the same name, by Whitley Streiber. Miriam appears in two sequels to the book as well.

Marie, as played by Anne Parillaud in "Innocent Blood". Marie is a modern day vampire who only feeds of the criminal element in society.

Akasha, as played by Aaliyah in "Queen of the Damned". Akasha is the mother of all vampires in the series of books written by Anne Rice.
Posted by Ryan at 5:23 PM

I love Henry Fitzroy and Angel!

You left out Stuart Townsend from Queen of the Damned- he is so sexy and hot!!! You have to rent True Blood, Vampire Bill is very sexy!Though reading the books and watching the series together gets confusing

I used to have a crush on the vampire from Dark Shadows (the very brief remake) but I don't know who it was. Time for IMBD

Zia, I'm glad I could give your pictures of them then.

Michelle, I'm glad you find them sexy as well.

Deb, I only had room for 5 so I had to leave some out. I think Benjamin Cross was who played Barnabas Collins in the remake.

Kate Beckinsale and Aahliyah! Very cool! Selene was the *best* character! If you ever do a list for werewolves, Lucian from Underworld would be the winner for me, hands down. (The actor's name has briefly escaped me.) Also, I would have to cast my vampire vote for Antonio Banderas as Armand in Interview With The Vampire.

Great list of people Ryan. I saw Akasha of the Queen of the Damned but I do have to say the lead male vampire from Queen of the Damned was nice too. I didn't mind seeing him run around without a shirt on. lol. Is he the same one that Deb mentioned? I couldn't remember his name.

Just popping in to say I never did get the Balderdash post up today.... you probably know that. :) I was busy from 7 am until about an hour ago and I am so shot I just cant think or find my wonderful list I was keeping. I really need to just draft that post and add to it as I go through the week.
Next week Ryan.... :)

Whoa, whoa, whoa...Does anyone remember Interview With a Vampire? No Brad Pitt or Tom Cruise...?

Lezlie, Antonio is easy on the eyes in that movie.

Melissa, Yeah he is. Stuart Townsend is the actor who played Lestat in Queen of the Damned. I never saw the appeal

Sheila, That's alright. I forgot to write my words down over the last week so I didn't have any to post.

Logan, While Brad and Tom are sexy the other 5 are more so.

What about Jason Dohring (sp?) from Moooooonlight? Loved him. Or Spike?

The fact that you didn't include any Twilight/True Blood/Vampire Diaries vampires makes your list instantly more superior to others straight away. ;-)

Especially as you included Lost Boys.

As cheesy as Blood Ties was, how could you not love Henry Fitzroy? Though I also loved Tom Cruise as Lestat. I don't think vampires have been intentionally sexy until the last ten years. Good list. :-D

I love Kyle Schmid as Henry Fitzroy. He is always at the top of my list.

I'd have to say that the sexiest vampire I have EVER seen on film would be Henry Fitzroy played outrageously well by Kyle Schmid. He made the character of Henry Fitzroy dark, sexy, dangerous, and somewhat of a romantic. He never complained about being a vampire, he embraced it.

I love this post!! There are oh so many great ones out there. I think you got the best ones! :)

All I can say is HOTT! I lovce your Halloween madness, Ryan! LOL! Very fun and cool post!

Yes, I agree with you regarding everyone on this list, especially Deacon Frost. Stephen Dorff, even though he's not playing a vampire, was a very good actor.

Another fantastic post, Ryan, and I get to mention my own favorite Dracula, Richard Roxburgh from "Van Helsing".

Sorry, but Antonio Banderas is the sexiest vampire EVER!!!

Kyle Schmid's portrayal of Henry Fitzroy in Blood Ties was delicious! I totally agree with comments made by "anonymous" above. He made the character dark, sexy, dangerous, and added a touch of romance.

Jason Dohring was the best (and maybe only..lol) best thing on Moonlight !
The guy should be a movie star now : so much charisma, sex-appeal !!

How could anyone go wrong with the elegant Catherine Deneuve?