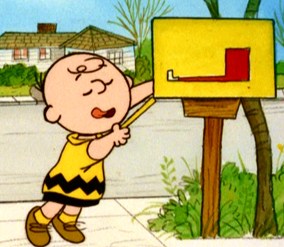 This is two weeks of books since I didn't get a Mailbox Monday posted last week.

I received a trade paperback of Charlotte Markham and the House of Darkling by Michael Boccacino, an ARC of Miss Me When I'm Gone by Emily Arsenault, and a hardcover of The Twilight War by David Crist for upcoming TLC Book Tours.

I received a trade paperback of The Absolutist by John Boyne for an upcoming online Book Club.

I received a hardcover of Eat the City by Robin Shulman for review by the publisher, The Crown Publishing Group.

I only made one trip to Barnes & Noble during my staycation, and only bought two book while I was there.  I picked up a paperback of For Heaven's Eyes Only by Simon R. Green.  I'm not that big into western books, but one book I loved growing up was The Loneseome Gods by Louis L'Amour.  I actually bought it again within the last 10 years, but don't know what happened to it.  On a whim I picked up a new paperback of it.

I did manage to get to a used bookstore and found two paperbacks by Mary Roberts Rinehart I didn't have.  I found Lost Ecstasy and Episode of the Wandering Knife.

I won a DVD of The Secret Garden from Sheila of Book Journey.

A fairly heavy mailbox! enjoy them all.

Looks like a winning week in books for you

I loved The Big Valley as a kid!!! I remember watching it with my grandparents along with Gunsmoke!!

I have the Absolutist as well. Miss Me When I'm gone sounds good as well --enjoy

Looks like you had a productive week. Have fun with all your new books and DVDs. Have a fun, safe 4th and as always, happy reading!

You had a busy couple of weeks! Everything looks good but the one that really catches my eye is Eat the City. I'll be watching for your reviews.

I received Miss Me When I'm Gone, too, and you certainly deserved the DVD of The Secret Garden! You did a wonderful job of commenting on Shiela's read-along this spring, I remember being very impressed when I'd check in between grading papers and getting report cards out.

A huge mailbox, a nice mix of books.

I used to have a VHS of The Secret Garden and I watched it over and over and over. Haven't seen it in ages, though. Maybe it will help you forget this ridiculous heat? Sheesh. It makes me tired and cranky, too. Plus, I'm not a fan of sweating. Ever. Oh, Wichita. You've had four years and still haven't won me over.

Thanks for stopping by my blog! I'm putting you on my blogs-to-check list. I can always use a good book recommendation!

I got some great books this weekend, but I just didn't have the energy to do a post today. I'll catch up next week. =O)

Have a great week Ryan!

Oh good - I just went back through your posts to make sure the DVD arrived! I hope it is a good one Ryan :)