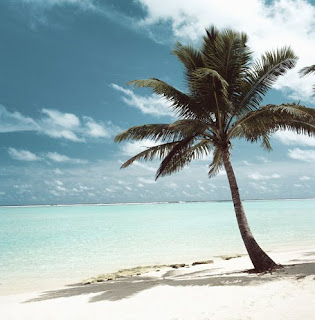 The other day, my good friend Yvette of in so many words.... did a post on the 10 books she would want with her on a desert island, a different planet, or spending eternity at an empty diner.  Well I was able to answer that question pretty quickly, and we actually had two books in common.  We both picked Watership Down by Richard Adams and Dracula by Bram Stoker.

My additional books were:  Omnibus edition of the Last Herald Mage trilogy by Mercedes Lackey, The Haunting of Hill House by Shirley Jackson, And Then There Were None by Agatha Christie, The Road by Cormac McCarthy, Atlas Shrugged by Ayn Rand, Gillespie and I by Jane Harris, The Thief of Always by Clive Barker, and Rebecca by Daphne du Maurier.

However, that's not the point of this post.  Picking your 10 favorite books, the only books you would want for the rest of your life, it's pretty easy.  I think most of us, though we would have to do some weeding, could come up with that list fairly quickly.

The question I think is harder to answer, and the question I'm answering with this post is, of all the books you have never read, which 10 would you want with you the day you became stranded on a desert island?  I think our TBR lists, our wish lists, are way bigger than any of us would consider healthy.  So trying to narrow that list down is a bit harder, at least for me.  What makes it even harder is that, on any given day, a few of the books my change on us.

So with no further ado, these are the books I would pick, as of right now:

You've never read The Great Gatsby? I thought ever high school student had to read that one. This is a tough question!

That's an interesting premise--the only books that really surprise me on your list are the mysteries. Being on a desert island with 10 books means you're going to be doing some rereading, and I generally don't reread mysteries, at least not within 20 years.

Definitely The Great Gatsby bears rereading well. I liked Mysteries of Udolpho much more than I thought I would, and The Woman in White is complicated enough to also warrant several reads. I would love to read Le Morte D'Arthur myself, but it may require a desert island :)

Hey, I think an Omnibus is cheating! LOL!

Um, no Great Gatsby? That's one of my favorite books. GET ON THAT RIGHT NOW, RYAN.

Ahem. What I meant was, if you want to, I think that would be cool. ;)

This is interesting to think about. I think my list would be constantly changing.

That's 4 and then..and then some more

What a great mix of books. This would be a much tougher list of books to make - I do think I'd want to have a mix like yours.

Ooohhh that is a tough question. I am not sure I can even answer that! I am going to ponder this for a bit...

I love Auntie Mame the movie, I do want to read the book. I adore Anya Seton!

PS I won't judge you for not reading/watching Game of Thrones/A Song of Fire and Ice... lol.