Mailbox Monday is a weekly meme created by Marcia at A Girl and Her Books and is being hosted all this month by Alyce of At Home With Books.

On Barnes & Noble's website, they had a whole bunch of hardcovers on sale for $2.99 each, plus shipping and handling.    I ended up buying The Sword of the Lady by S.M. Stirling, The Birthing House by Christopher Ransom, The Magicians and Mrs. Quent by Galen Beckett, and The Seance by John Harwood.  The first is part of a continuing series I've been reading.  The rest are all books I've seen reviewed by other bloggers, so I'm really excited for all of them.

On a trip to a local used bookstore, I picked up 4 paperbacks and 1 hardcover.  None of which is what I was looking for.  I was looking for more Mary Roberts Rinehart books, but they didn't have anything I didn't already own.  So I picked up paperbacks of Brat Farrar and The Franchise Affair, both by Josephine Tey.  I also got two other paperbacks of The Casino Murder Case and The Kennel Murder Case, both by S.S. Van Dine.  I also picked up a hardcover of The Midnight Mayor by Kate Griffin.  After reading a mystery last year that featured Josephine Tey as a character, I've been wanting to read some of her books.  I've seen the movie version of The Kennel Murder case with William Powell, so I've been wanting to read the Philo Vance books.  The Midnight Mayor is the second book in a series, the first of which I think I read/review in 2010. 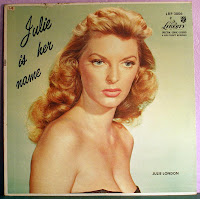 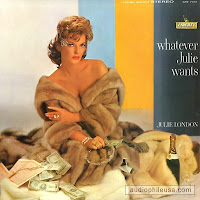 I made a quick stop into the flea market today and while I was shopping around for records for my roommate, I found two for myself.  I got Julie Is Her Name and Whatever Julie Wants, both of them by Julie London.  I've never heard her music on vinyl before, so I'm really excited for these.  Both of them together, I only paid $3.

I'd like to read the Magician and Mrs book :D
Enjoy!

Wow, lucky you! You got some awesome stuff there. I love The Magicians and Mrs. Quent and hope you enjoy it as well.

Score! You have the best luck at used bookstores and flea markets! I need to fly out and go shopping with you some day! ;)

Lots of new books! I've only read The Seance, but I did like it. enjoy them all Ryan.

Oh Wow! Outstanding! :) I have a few on here I'd like to pick up or start. :) And so glad to see you got all the movies. :) Have a great week! Hope you are feeling better.

You had a great week! The Seance has such an eerie cover! I'll have to check out the Harry Potter DVD sale - we are missing several in the series.

You have had an exciting week - enjoy all your reads.

Good finds! The Seance is a pretty good one!

you got some wonderful reads and bargains this week, Ryan. Enjoy them all. Have a wonderful week and happy reading, watching and listening. My MM is here

Oh, it looks like you're in for a treat! And what a great haul...love those covers!

You totally scored some great books on B&N's website and at your local bookstore's sale. I haven't read any of these books but I have read some good reviews of Josephine Tey's books. I love the Harry Potter movies, hours of great entertainmanet in those DVDs. I haven't seen any of the movie of the last book in the series but I'm looking forward to it!

Enjoy all of your new books, movies and records (records are the best!)

What an interesting mix, and a great deal on the HP movies!

What a great mix of books, movies and music. You always find the best deals. Enjoy!

Wow!! So many terrific bargains! I haven't read any of these books but they all sound good. Enjoy!!

Great deal on the Potter movies. A few of ours were loaned out and never returned and I had to pay a lot more than that to replace them at Walmart in the fall. I should have waited! I still need to watch the last two. I keep putting it off since then it will be done and finished.

All of them are new to me but there were many that I would love to read. I am having a little bit of a love affair with those vintage covers!! And the albums..check her out!! Love it!

Wow, you got a TON of great books. WOOT on The Birthing House! Great minds think alike, I think! You really must read Daughter of Time by Josephine Tey. It was one of my fave reads in 2011.

I really wish Walmart would still have the Harry Potter movies for that price. I have a couple of them, but not all and the boys are at the age where they really like them now.

Enjoy all your books and media!