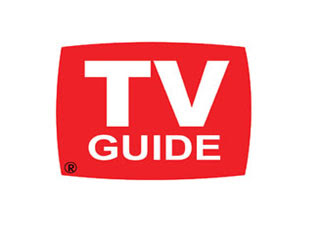 So I'm a little late sharing this list with you guys, TV Guide published it in the last week of April, but life was a little busy for me back then.  They have been doing these lists a lot lately, and I already have a few more to share with you guys at a later point in time.  I will say that this has to be one of my favorite lists, because who doesn't like a good theme song.  For many of us, all it takes is the first few notes of a song, and we instantly know what show it's from.  There is just something so wonderful about the combination of music and television.  The memories these songs recall for many of us, can never be conjured any other way.  These theme songs are so tied into our lives, I'm not sure they can be separated out.

On quick note before I share the list with you guys, am I really the only one who is saddened by the demise of the theme song.  You will be able to tell by this list, very few of these shows are on currently.  It seems that many of the shows we watch today have replaced the theme song with an opening sequence instead, and if we are lucky, it's accompanied by a few notes, but that's it.  I hope the theme song makes a recovery soon.

With my soapbox put away, let the list commence.  After the top ten, they are listed alphabetically.

So there you go, TV Guide's picks for the 60 best theme songs of all time.  Honestly there are a few on there that I could do without ever hearing again, but I at least understand why most of them are on there.  What I have a hard time understanding, are some of the songs they left off.  So instead of listing the ones I would have included, I'm going to show you the videos instead.  I won't explain myself, I'll just let the music do that for me.

So I lied, some other shows I think could have made the cut were:  Buck Rogers in the 25th Century, Rawhide, Have Gun Will Travel, How the West Was Won, Davy Crockett, Gunsmoke, and Mr. Roger's Neighborhood.

So what do you guys think of the list.  What theme songs do you love?  What songs did TV Guide, or even myself, leave off the list that deserve to be there?

They left off The Twilight Zone and Bonanza? You should be writing that list instead of them!

Great post Ryan! Those theme songs sure bring back memories. And, yes, you caught some really good ones that TV Guide missed.

I don't watch TV anymore so I had no idea that shows rarely have theme songs now. What a shame...and just another reason not to miss television.

Sponge Bob came in higher (just...but still) than Star Trek? Seriously? [And what the heck is Curb Your Enthusiasm?]

Love Malcome in the Middle's song!!

They left off The Jetsons??? Criminal! I was just thinking how no shows seem to have proper theme songs anymore. And Sesame Street should have been No. 1.

Great post, indeed! I feel like watching many of these shows again. M*A*S*H used to be a favourite and Comedy Central is re-telecasting it on Indian cable TV. Alan Alda deserved a better film career.

As I was reading the list, I have to say I agreed with most of them, although by the end I was thinking that it could have been a list of only 50 songs. And then I saw what they left out and was astonished by the ones they left out. How in the world do you leave off Rawhide? I do miss the songs and you'd think the fact that even my kids can sing the theme song of Fresh Prince might convince producers that those songs can have a lasting impression.

It is a great list of TV’s best theme songs and a very nice collection of videos, which you have used in this blog. It would be a great favor if you can also display some videos of “Peter Gunn” and “The Old Couple” from this list.