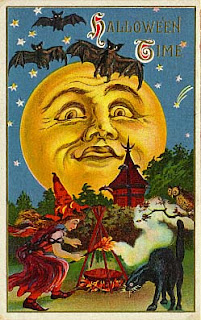 I've done this last for the last two years, so how could I pass it up this year.  It seems there is a never ending supply of eye candy when it comes to vampires.  Be they men or women, some gorgeous actors have taken on a role involving fangs and blood.  If you are even a bit curious to see who made the list in 2009 and 2010, please be my guest and go gaze on some undead beauty.  As far as this year, let me introduce you to ten of the hottest vampires around.  But be careful, you may find yourself offering your neck or other place for them to sink their teeth. 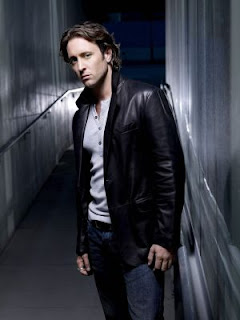 Mick St. John, as played by Alex O'Loughlin in the TV show Moonlight.  I'm a sucker for a sexy private eye, there is just something so intriguing about the job.  If you need a private dick to help you out, I'm sure Mick would be glad to lend a hand. 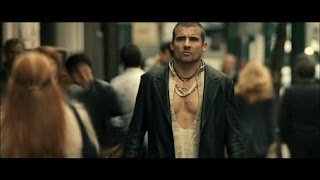 Dracula, as played by Dominic Purcell in the movie Blade: Trinity.  Dracula is a character that should ooze sex appeal, this version does that in spades.  All the other vamps want his blood so they can walk in daylight, here's hoping that if they all look like this, that they succeed. 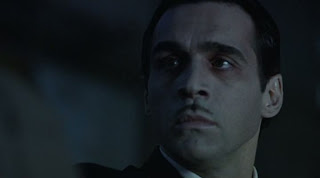 Aaron Gray, as played by Adrian Paul in the movie The Breed.  Aaron is trying his hardest to stop a war between vampires and humans.  He's in league with a hunky human cop, trying to figure out why a vampire killed a human and if that has anything to do with a virus that can wipe out all the vampires.  It would be a shame for a vampire that looks like this to die any kind of death. 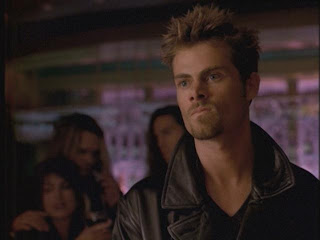 Cash, as played by Channon Roe in the TV show Kindred: The Embraced.  Cash is the Toreador Primogen of Los Angeles and this guys likes it rough.  He wears leather, rides a motorcycle, and is very in touch with his primal side. 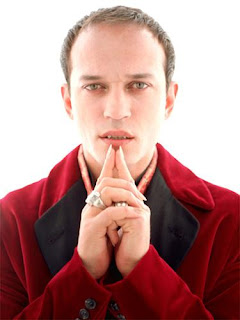 Marius de Romanus, as played by Vincent Perez in the movie Queen of the Damned.  For a man who is over 2000 years old, Marius is looking better than ever.  He is the kind of man that can sweep you off your feet, enchant you with his art, and make you forget the rest of the world even exists. 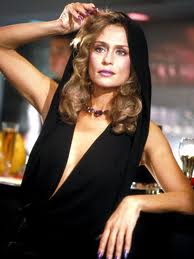 The Countess, as played by Lauren Hutton in the movie Once Bitten.  Being 400 years old is starting to wear on The Countess a bit.  She needs to find a virgin to feed off of in order to stay looking this good.  So if any of your are in the L.A. area, I would advice you to make sure you don't remain a virgin much longer. 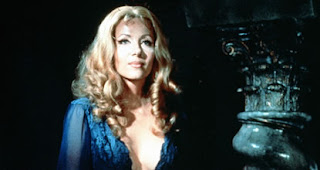 Elisabeth Nodosheen, as played by Ingrid Pitt in the movie Countess Dracula.  The bloodthirsty countess has no problem bathing in a tub of virgin blood.  I could show you the picture of her doing just that, but I would have to place a warning on the blog. 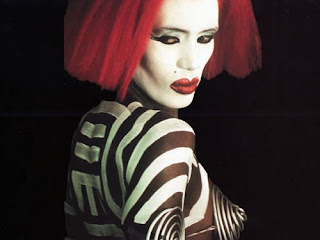 Katrina, as played by Grace Jones in the movie Vamp.  The owner of a strip club, Katrina rules her little kingdom with a iron hammer.  She's a tough, dominating woman who doesn't take kindly to being told no.  Her raw sexuality puts her into a class all her own. 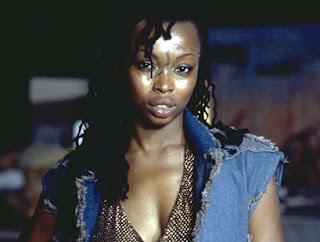 Cym, as played by Phina Oruche in the movie The Forsaken.  Cym follows Kit wherever he goes.  She is his lover and his strongman and will do anything for him.  She's tough, sexy, and just a little scary.  If you happen to run into her, run the other way. 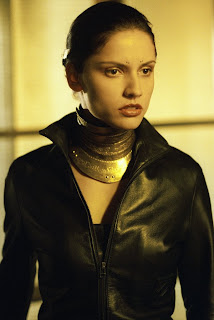 Nyssa, as played by Leonor Varela in the movie Blade: II.  Nyssa is a take no prisoners kind of gal.  She's handy in a fight and know her way into a man's heart.  She is destined to rule the vampiric world someday, now she just needs the right man by her side.

Where is Paul Bettany from Priest? Oh, that's right, he plays a priest... Okay, were is that other guy from Priest, Karl Urban?

Where's Aidan Turner? O_0. The sexiest vampire out there!

Nice list! I'd forgotten about Kindred, which was awesome!

Nice list! Glad to see Cruise and Pitt are not on here

You always have wonderful picks. :) Really great characters, and actors(tresses) So glad you do this post every year.

I liked them all except for Katrina...she scares me!

Another great list! My favorites from your list? Mick St. John and Ingrid Pitt as Countess Dracula. I saw the latter when I was little and it made such an impression on me that I searched it out in adulthood. I finally got to watch it again a couple of years ago. I would really like to own it. And boo to CBS for cancelling Moonlight. It was such a great show!

Side note: Look at that chest on Dominic Purcell! YUM!

I just read Tasha's comment. I LOVE Karl Urban! I haven't seen Priest yet, but now that I know he's in it, I'll be moving it closer to the top of my Blockbuster queue!

Fun list! Though, just because of the book nerd in me, I'd have to disagree with Vincent Perez. Marius de Romanus is described in the books as blond and masculine (kinda like Lucius Malfoy in the Harry Potter books) and I thought Vincent (well, really everyone in that movie was terribly miscast.

And no love for Juliet Landau as Drucilla from the Buffy-verse? ;)

I agreed with everybody on your list until Grace Jones. I guess that's the point, but she really scares me.