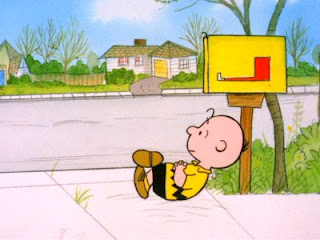 Mailbox Monday is a weekly meme created by Marcia at A Girl and Her Books and is being hosted all this month by Gwendolyn at A Sea of Books.
Since I was on vacation last week I did not post a Mailbox Monday.  So this week is actually an accumulation of the last two weeks, though all but two were purchased or received this last week.

I received a trade paperback of The Fall by Guillermo Del Toro & Chuck Hogan from the publisher for review.

I received a ARC of Flashback by Dan Simmons from the publicist for review.

I received a hardcover of The Kid by Sapphire for an upcoming TLC Book Tour.  I never read the first book but I loved the movie, so I'm looking forward to this. 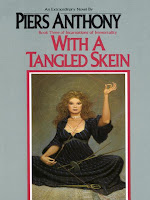 During my vacation I stopped in at Borders, which I normally don't do.  I ended up walking out with 4 books.  I bought a trade paperback of The Passage by Justin Cronin, a paperback of  With a Tangled Skein by Piers Anthony, a hardcover of The House That Jack Built by Guy Adams, and a paperback of State of the Onion by Julie Hyzy.  I'm so excited for The Passage, which I read in two days.  I've also already read With a Tangled Skein, though it was a reread for me.

I also stopped in at Barnes & Noble, my normal chain bookstore haunt and found a trade paperback of Sailing to Sarantium by Guy Gavriel Kay for $3.99.  I love his writing and I've read this book in the past, so I had to get it.

I won a paperback of The Greene Murder Case by S.S. Van Dine from Bev at My Reader's Block.  I was participating in her Vintage Mystery Reading Challenge and this was my reward, I'm so excited.  I've seen a couple of Philo Vance movies, one with William Powell, but I've never read the books.  I can't wait to dig into this one.

I stopped in at a different used bookstore than my usual one, though it's just a different location.  They have 4 locations, maybe more, within Wichita.  I picked up paperbacks of Out of the Madhouse, Ghost Roads, and Sons of Entropy by Christoper Golden & Nancy Holder.  They make up The Gatekeeper Trilogy and tie into Buffy's senior year.  I've owned them in the past, but not sure what happened to them or my other Buffy books.  I also found a paperback of Burnt Offerings by Robert Marasco.  This is a book I've been trying to find for a very long time.

I found a hardcover of The Phoenix Transformed by Mercedes Lackey & James Mallory at the Friends of the Library Book Store for $1.

Then on a stop in at Wal-Mart I found a DVD of Possession starring Sarah Michelle Gellar for $5.  I've never even heard of it, but I couldn't pass it up.

The only reason I included this in my mailbox post was because I did get them in the mail.  I'm really picky about my dress shoes as I am on my feet for as long as 12 hours any given day.  Ecco dress shoes seem to be the only thing I can wear for that long without crying like a 2 year old when I get home.  Since my old ones were getting rather raggedy, I ordered the Ecco Helsinki Plain Toe in black.  They are normally $140 but with my retailer discount they were only $56.
Posted by Ryan at 6:53 PM

I recently read A Song For Arbonne by Guy Gavriel Kay and loved it. I have been wanting to read something else he has written, I might try Sailing To Sarantium.

It looks like you did a lot of book shopping on your vacation! I'm so glad to see you got Flashback! I'm on The Kid tour too and I'm really looking forward to reading it. Enjoy your new books (and shoes)!

Excellent booty there! I've been on the fence with The Passage. I'm nervous that it's overdone and I'll get disappointed. Also I cannot wait 'til you review Burnt Offerings. Read it NOW. LOL ;-)

Good mixed mailbox! enjoy them all including the shoes!

Found your blog via Twitter, and it looks very fun! I loved With a Tangled Skein (Piers Anthony is responsible for me being a writer in the first place!) and I actually really enjoyed the Buffy novels (the Spike ad Dru: Pretty Maids All in a Row was fantastic).

Looking forward to reading more of your recs!

I think you have a great mailbox this week and I'm glad that you came upon some great finds in the used bookstores! Great price on those shoes!!

Brooke from The Bluestocking Guide said...

Here is my Monday Morning Update

Oh the shoes are awesome - so glad you included them! Happy reading Ryan and Happy Fourth! :D

I miss Torchwood, I sure should check when the movie, miniseries or whatever is back :)

I bought the Passage as soon as it came out, and I haven't read it yet. Enjoy all your new books.

I read The Passage a couple months ago. Can't wait for his next one to come out. Enjoy all your books!

That Possession cover scared me out BIG TIME!

Read that one with the light on!

Great selection of book and nice variations to boot :)

Great books and comfy shoes! What more could one ask for? Must baby those pigs as they are the old ones we'll have!

Wow, it looks like you've got some great books, and shoes, here. Somehow I've never read any of Kay's books even though I really want to. I just haven't come across any of them though if I do ever find one at the bookstore I'll be sure to grab it so I can finally give this author a try.

You read The Passage in two days?? Wow. It took me a lot longer but I have it in hardcover and it was really heavy to hold!
I think you will like State of the Onion, it's a fun cozy.

YOu are too funny, Ryan. I enjoyed looking at all the book loot you got. And I enjoyed seeing your new shoes.

Some great reading ahead, enjoy!

Great mailbox! I recently read "The Strain", so "The Fall" is on my to-buy list! Flashback ... Dan Simmons .. what's not to love? For some reason, I didn't read Sapphire's Push either but I loved the movie as you did; I'll look forward to your review. The Passage ... EVERYone seems to have loved it, but I just "liked" it. I was looking for more of an epic, I guess. Congrats on the wins and on the great shoes, too! Enjoy all of the reads!

OMG, Burnt Offerings! I LOVE that book. Such a classic. You should also read Harvest Home and The Other by Thomas Tryon. Harvest Home is especially good. My Mom had all these books when I was growing up and when I got old enough, I read them all.

You got some really great books! I still have not read The Passage and I really want to. Also, the sequel to The Strain, which I haven't read yet, sounds really good. Possession was a weird movie. I'm not sure if you'll like it or not. You'll have to let me know what you think of it. I tell you what...you need to rent Insidious when it comes out on DVD. I saw it last weekend and it was the scariest I've seen in awhile. Those are hard to come by these days.