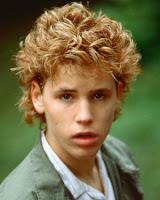 My favorite Corey Haim movie has to be The Lost Boys, which is still one of the best vampire movies ever made.  The pairing of him and Corey Feldman was perfection .  Whenever they appeared together, you knew the movie would be good.  With his tragic death today I'm not sure I will ever be able to watch The Lost Boys again, without paying a little tribute to this talented actor.

The other person I wanted to say a quick word about was Zelda Rubinstein, who passed away in January of this year.  Most of us know her as Tangina from Poltergeist, which she was great in by the way.  My favorite movie of her's though was Teen Witch, as the teacher to a young girl coming into her powers.  She gave me hours of entertainment as a kid and I thank her for it. 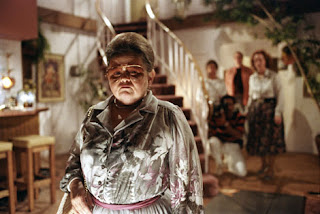 I'll remember Corey Haim always. Also loved Zelda but I have to admit I use to get scared when I saw her on screen when I was little. Naturally that changed when I got older. Loved her in Teen Witch.

Nice tribute. I did not know that Zelda passed away. I watched Lost Boys tonight too. :(

I was greatly saddened by both of these losses, but especially Haim. He was such a bright kid in all his movies...it's just so sad when someone is taken before their time. May they both rest in peace.

I remember watching The Lost Boys with my teenage sons (they watched it over and over!), and I've also enjoyed other films with Corey Haim.

He was even in a little-known movie that I enjoyed, with Teri Garr and Peter Weller, called First Born.

Lost Boys rock! I will admit but only to you that I had a fleeting crush on Corey Haim; he was so cute! It's tragic what happened to him.

I loved the movie Teen Witch- I have not seen it in years!

I am too sad about Corey- but I will watch Lost Boys and remember- it's a great movie!

Last night I seen your comment on Twitter about Corey Haim and I thought you were just talking movies.... I did not know until this morning of his passing and seen it on the news while I was at the gym.

Heart breaking. He was (and is) part of my 80's memories.

Man, after I seen Zelda Rubinstein in Poltergist I used to have nightmares about her! lol I loved her though and especially in Teen Witch!

And Corey Haim was a wonderful little actor and it's just so sad when drugs take over peoples lives :(

May they rest in peace.

It is a shame of Corey. So young, and so talented. I have to say The Lost Boys was always one of my favorite vampire movies. I have been wanting to see it lately too.

I did not realize Zelda had passed away too. I loved here in Teen Witch, but I think she will always be known bigger for Poltergeist. WOW!

Seems like we are losing a lot of great stars lately.

So sad! I really hope Cory Haim was not another victim of too many prescription drugs, but I don't know...

I had no idea Zelda Rubinstein died this year! She was fantastic in everything I saw her in. My sister and I LOVE Teen Witch!

I *loved* Corey when I was a teenager, I had posters of him everywhere. What a shame he's gone and still so young :(