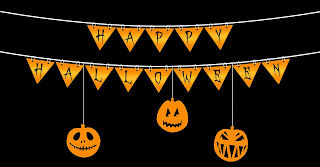 Who knew that it's almost impossible to run out of sexy vampires to highlight every year.  I never thought I would still be doing this list all these years later, but damn, there are some fine ass vampires gracing our screens.  I know that vampires aren't for everyone, and the vampire as a sex object can get old over time, but when they look like those on this list, who cares how cliche it is.  I'm sure all of you would gladly bare your neck for at least one of the bloody thirsty fiends on this list.  For that matter, I think quite a few of us wouldn't mind if a few of them took an interest in us.  And if nobody on this list gets your blood pumping, why don't you check out the previous lists from 2009, 2010, 2011, or even 2012.  If nobody gets the blood flowing, then there is no hope for you.  So with no further ado, here are ten luscious vampire men and women for your perusing pleasure. 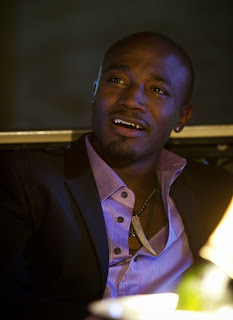 Vargas, as played by Taye Diggs in the movie Dylan Dog: Dead of Night.  What more needs to be said, look at him, he's frickin hot.  He's also hell bent on finding an ancient artifact, running a nightclub, and being an all around badass. 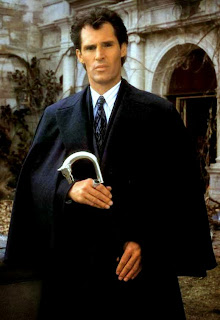 Barnabas Collins, as played by Ben Cross in the television remake of Dark Shadows.  There is such a dignified air about this man.  He's tall, dark, and sexy; plus he takes what he wants.  There is nothing sexier than a man who knows his own mind. 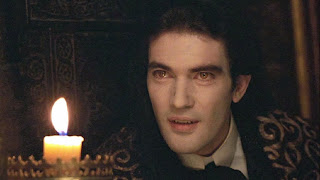 Armand, as played by Antonio Banderas in the movie version of Interview with a Vampire.  Normally long hair on a man turns me off, but there is something about the profile and accent that can make me overlook the long locks. 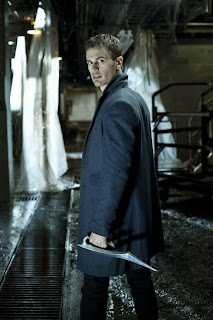 David, as played by Theo James in the movie Underworld: Awakening.  When a man that looks like this, has those eyes, and can fight rampaging werewolves as easily as most of us open up a book, why would you not want to have him around. 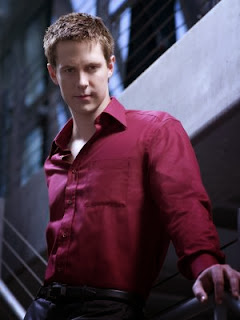 Josef Kostan, as played by Jason Dohring in the TV show Moonlight.  If only all of us would be this boyishly handsome after 412 years.  He's cute, rich, and extreme healthy, what more could you want in a mate. 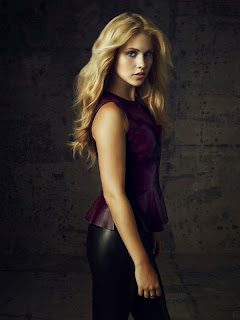 Rebekah Mikaelson, as played by Claire Holt in the TV show Vampire Diaries.  Tall, blonde, deadly, and fun, a great combination if you like that kind of thing. 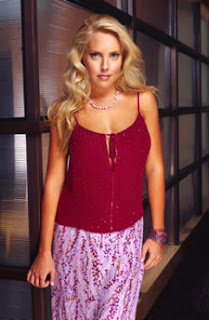 Harmony Kendall, as played by Mercedes McNab in two different TV shows, Buffy the Vampire Slayer and Angel.  Harmony lives up to the dumb blonde stereotype, but with her Nordic good looks, who cares that she has the brain of a unicorn. 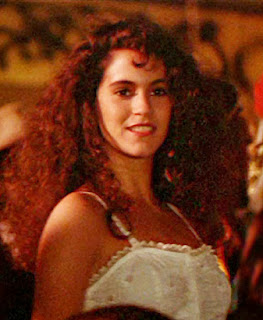 Star, as played by Jami Gertz in The Lost Boys.  She has a carefree attitude and loves a guy who rides a motorcycle, but he has to have a heart of gold. 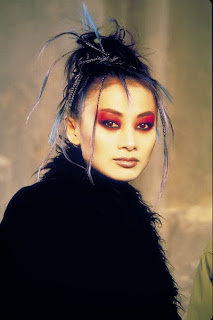 Lucy Westenra, as played by Bai Ling in the movie The Breed.  This version of Lucy is a tough as nail vampiric enforcer, who loves a little human meat. 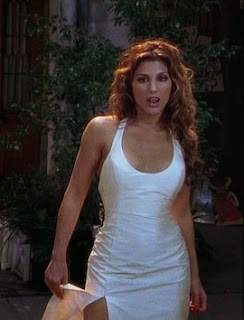 Solina, as played by Jennifer Esposito in the movie Dracula 2000.  Of all the women who made this years list, Solina may have had the smallest role, but with looks like that, it doesn't take a lot of screen time to make men take notice for years.

I might add, rather sheepishly, that Buffy is the only one I'm familiar with although I never saw any of the episodes telecast on Indian cable until recently. I have heard of "Interview with a Vampire" though and that's about it.

Love your list... especially the men. Have you seen the new show, The Originals? The one who plays Marcel... yum. :D

I am more into literary ;O) vampires.. Cat and Bones, and The Black Dagger Brotherhood.

Cool list, totally agree Taye Diggs is frickin hot lol and David from Underworld: Awakening is a bit alright too ;)
My fave literary vamp is Bones!!

Love your list, of course! Always fun to see who you will pick. I think my favorite of the guys is Josef. I loved him in Moonlight. I normally love Antonio Banderas, but I hated him as Armand. In Anne Rice's books, he was turned when he was 17 so he is very young and his face is described as resembling cupid or a Botticelli angel. You see why it's difficult to accept Antonio as Armand. HaHa!

My favorite out of the women would probably be Harmony. I liked her better after she became a vampire.

I always love these lists. And I'm sorry, but Antonio Banderas can do no wrong as anything. LOL! I love that man.

I Absolutely loved Jason Dohring as Josef. So hot... especially the park where Nick bites him. Seeexy. Seeexay.