10 More Of The Sexiest Vampires 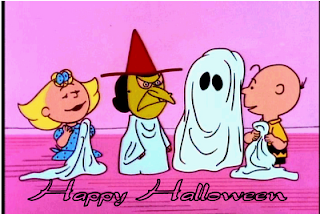 It's that time of year again, the weather is getting cooler and the ghosts and goblins will be coming out soon.  Nothing says Halloween like vampires so I feel like sharing 10 more of the sexiest vampires to ever grace a screen.  If you feel so inclined you can check out last years list as well.
THE MEN 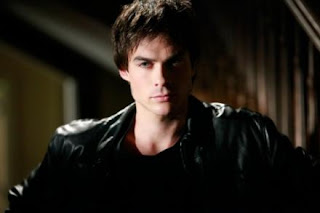 Damon Salvatore, as played by Ian Somerhalder in the TV show "The Vampire Diaries."  The resident bad boy of Mystic Falls, Damon is sexy and dangerous.  There is always something about bad boys and leather jackets, not my normal type but I think I could make an exception. 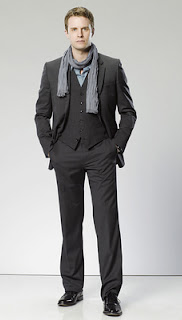 Dylan Radcliff, as played by Luke Mably in the TV show "The Gates."  Dylan is trying to make a new life for his family but that pesky blood lust keeps him on his toes.  The fact that Dylan is both good looking and a loving family man makes him that much sexier. 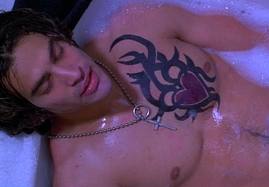 Kit, as played by Johnathon Schaech in the movie "The Forsaken."  Formerly a French knight, Kit sold his soul for immortality and now he is being hunted by someone who doesn't want to live forever.  If he were to ask for sanctuary, I'm not sure I could turn him down. 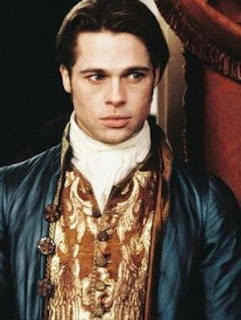 Louis de Pointe du Lac, as played by Brad Pitt in the movie "Interview With A Vampire."  Louis has always been a troubled soul, being one of the undead never cured him of that.  How can you not find that soul searching turmoil paired with those good looks not appealing? 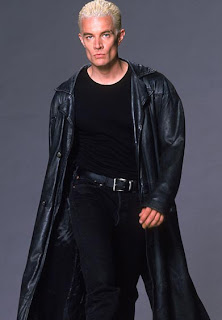 Spike, as played by James Marsters in the TV show "Buffy: The Vampire Slayer."  I guess if you combined Damon and Dylan into one vampire, you could end up with Spike.  When a bad boy falls in love and regains his soul you can't help but love him.  The attitude sure doesn't hurt either.
THE WOMEN Claire Radcliff, as played by Rhona Mitra in the TV show "The Gates."  Claire and what she did to a mother and her child is the reason Dylan is trying to make a life for them.  Claire is the classic bad girl, she wants to do good but deep down she likes being bad.  With a sexy accent and a killer body, it's hard not to be. 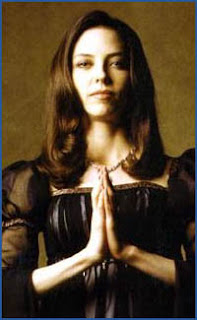 Drusilla, as played by Juliet Landau in the TV show "Buffy: The Vampire Slayer."  If you want your woman to be smoking hot, crazy as a fox, and a sociopath, Drusilla is the girl for you.  With her gorgeous eyes and lush lips, Drusilla will change your life forever. 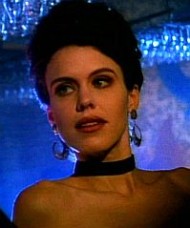 Janette DuCharme, as played by Deborah Duchene in the TV show "Forever Knight."  Janette was a prostitute in her former life.  Now she is a drop dead gorgeous nightclub owner who has a taste for the good life and  blood. 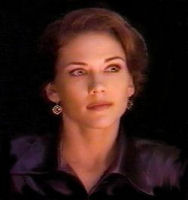 Lilie Langtry, as played by Stacy Haiduk in the TV show "Kindred: The Embraced."  As the Toreador primogen for the city of San Francisco, Lilie holds a lot of power.  As a former actress Lilie knows how to play her part, she uses that to her advantage. 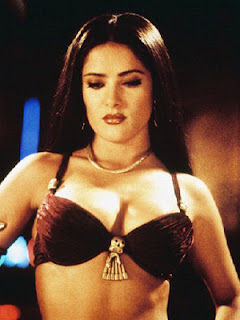 Santanico Pandemonium, as played by Salma Hayek in the movie "From Dusk Till Dawn."  Blood thirsty killing machine who happens to be a stripper.  What's not to love?
Posted by Ryan at 11:58 PM

I am SHOCKED you would fail to include Ethan Hawke from Daybreakers or Alexander Skarsgard from True Blood!

Kit is freakin' hot!! Thanks for making my Sunday with that pic. Now I need to go back and look at him again!!

And would you look at that...heidenkind has given you a good reason to repeat this list again next year! *grin* Nice list!

Great list! I adored Spike and Drusilla from Buffy, but how could you leave out Angel? He was sexy as a good guy, but even hotter when he was bad! Yum!

Eric from True Blood probably would have topped my list, but I'm right there with you on Damon; he's just yummy.

I love this list! But yes, where is Alexander Skarsgaard?:)