The Neighbors by Carol Smith 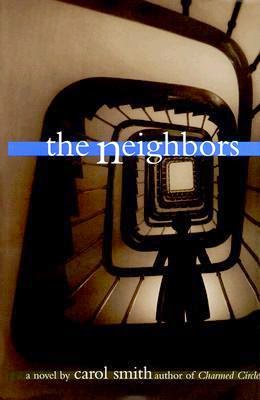 In the dark hallways Kate will meet an odd assortment of neighbors: irrepressible Ronnie and Rowena Barclay-Davenport; high-stepping Miles Burdett and his ambitious wife, Claudia; exotic Eleni Papadopoulos from across the hall; acid-tongued dowager Mrs. Adelaide Potter; eligible heartthrob Gregory Hansen; and free-spirited actress Connie Boyle.  Some encounters will blossom into friendships; other will grow more menacing than a brush with a stranger ever could be.

One potential neighbor has escaped Kate's acquaintance, for journalist Guy Bartlett had tumbled to his death shortly before her arrival.  Some tenants say his mysterious five-story fall a continent away was the most exciting story to touch their lives in years.  But after Kate moves in, more residents of Kensington Court die, each more horribly than the last... and each bafflingly murdered behind a door locked securely from the inside.  Trust between neighbors evaporates.  Kate fears her name is climbing higher on the killer's list of victims.  And always, across the courtyard at one rear window, a lone, unmarked watcher stands vigil.
As a kid, watching the old black and white movies, I fell in love with apartment buildings like Kensington Court.  They are sprawling buildings, taken up entire city blocks, and are filled with all sorts of interesting people.  Of course, because I fell in love with this grand buildings though movies, I also knew to expect one or two things; either various residents in the building would be killed in a series of murders that seems impossible to solve, or one of them would end up giving birth to the Antichrist.  I figured I had nothing to lose in either situation, so I was already to move to a big city, and move right on it.  Then life happened, I live in a mid-sized city with no grand apartment buildings, and even if I did, I seriously doubt I could afford to live there. 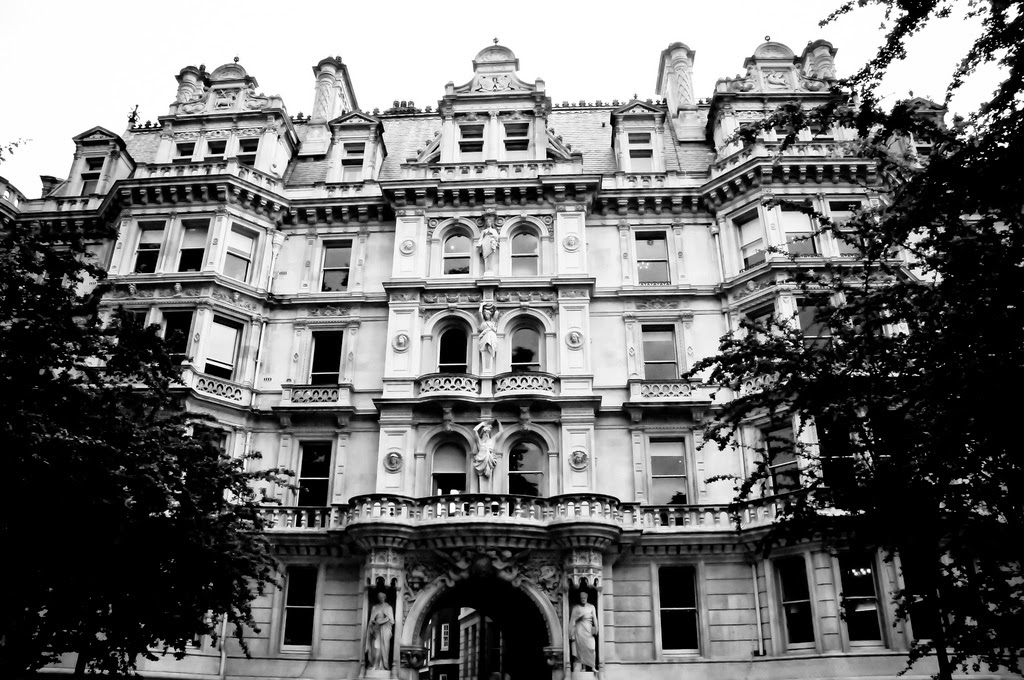 Until I move to London or New York, which would require winning the lottery, I'm going to have to make due with old movies and well written mystery books.  I bought, and read, The Neighbors years ago, preblogging days, and it was all about the location.  Here was another chance to live in one of those grand buildings, even if it was only in my imagination.  And by the end of the book, did I not only want to live there, I wanted to take up an entire floor, all to myself.  Since quite a few of the tenants were dead by then, I'm almost betting I could have gotten a pretty good price on the space.  I think it was watching The Mad Miss Manton with Barbara Stanwyck the other night, that put me in the mood to give this one a read once again.

This is one of those books, that would not work in another location.  It's the size of the building that allows this story to unfold as it does.  It gives the characters the illusion of wide open spaces, but as the body count rises, the insular nature of the building allows the author to ratchet up the tension, filling the building, and the book, with a miasma of fear.

I'll be honest, Kate by herself would bore me to tears. Don't get me wrong, I like her, and think she would be a pretty cool neighbor, but I need the rest of characters to truly bring her to life.  These are the kinds of characters I've always envisioned living in one of these buildings, and they didn't let me down here.  They are such an eclectic, well written bunch, that there wasn't one I didn't have fun with on the page.  Even the nasty, bitter, gossiping hadrian of the group, was interesting enough to keep my attention.  Hell for that matter, the murderer among them had me fooled.  I would have gladly gone along with any plan they came up with, just thankful that they wanted to hang out with me.

And I almost forgot, the peeping tom referred to in the synopsis, is not the killer. I don't think I'm giving too much away by saying that, simply because had the peeping tom been the killer, that would have been way too obvious.  He is connected to Kate though, and while I find the connection and the peeping tom's involvement in the story to be a little contrived, by the time the book is over, I'm so ready for Kate to have her HEA, that I overlook the huge coincidences that were involved, and go with the flow

Challenges: A-Z Mystery
Posted by Ryan at 12:00 AM

Oh yes, living in one of those apartments seems grand to me too! I'm on the fence about the book, though.

The book is so good though :-)

I'm game! Sounds like a great idea to me!