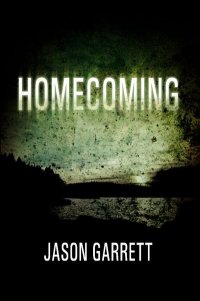 On a perfect autumn night in the coastal village of Wicker Bay, a young couple was attacked and a life was forever changed. When teenager Nickel Warren awoke she learned her boyfriend, Eric, had mysteriously vanished. Seemingly the only person on Bishop’s Island eager to find him, Nickel devoted her life to learning what happened to her first love on that tragic night. Though the years provided no clues or comfort, she never allowed herself to stop believing Eric was alive.

Now, after an eighteen year absence Eric Kade has resurfaced on Bishop’s Island under circumstances as unsettling as his disappearance. Though reunited, Nickel’s search for answers is sidelined by another horrific event more deeply connected to her childhood sweetheart than she can imagine. Living as a preacher, Eric has traveled the world for nearly two decades hunting demons in a sect named The Progeny. But a chilling prophecy has named him as a threat and turned his fellow hunters against him.

With a sense of urgency, Eric has come back to the island not to rekindle the past but to protect the home he loves from an oncoming war. Relying on the help of a rare group of locals, he builds a network of his own to defend the unknowing against a world he has come to know too well. As he works to prepare a haven, Eric will strengthen his bond with Nickel and introduce her to a world of miraculous events and unholy terror.

Since the summary provides a really good introduction to the book, it will allow me to really explore how I felt about the book and my growing awareness of how diverse Christian fiction is. I'm going to be honest, I'm still a little confused by what makes a book fall under the category of Christian fiction.

The basic premise of the book is that there is a group of warriors who protect the world from demons, witches, and other such ilk.  They come from a wide range of backgrounds but are all deeply devoted to the mission.  Eric was one of the highest ranking members of the organization until the guy in charge claims to have a prophetic vision that reveals Eric will betray them and cause the death of another in the group.  Eric flees for his life even though many in the group don't believe it and even help him out later on.

When he gets home he meets up with his ex girlfriend and despite the fact they are both keeping secrets from each other, they tentatively start off where things left off.  The action quickly picks up (demonic not sexual) and before you know it Eric has a group of churchmen and laypeople around him who know the truth and are willing to help him out.  Throughout the violence there is quite a bit dialogue about God's love and redemption, which is why, at least I assume it's the reason, this is considered to be Christian fiction.

And that comes to the crux of the question I have about this book, what makes something Christian?  If it's just the fact that good Christian men, women, or churchmen fight evil and come out triumphantly because they have the strength of God on their side, then books like The Exorcist by William Peter Blatty and The Sentinel by Jeffrey Konvitz would have to be considered in the category.  I'm not sure anyone is willing to do that though.  Or does is rest solely in the intentions of the author, is it one of those situations that if the author or publisher say it's Christian fiction, then it is?  Is it the fact that beneath the violence and demon hunting that God's love and faith in him is what allows the characters to fight the good fight?  Is it simply that they two main characters never hook up sexually because Eric is now a pastor and sex outside of marriage is wrong?

This book left me more than a little curious about what defines the genre then I was about the book itself.  Now don't get me wrong, I really enjoyed this book and hopefully will be able to read the next one in the series, since this one ends in such a way I'm left with a burning desire to understand why a character is behaving the way they are.  So I'm going leave you by asking everyone a question, what in your opinions makes a book Christian fiction?
Posted by Ryan at 11:41 AM

I'm not entirely sure what makes a book Christian fiction either and I worked in bookstores for 10 years. It used to be just a ton of Amish stories but now it's really all over the place. And some of it is even marketed with crazy paranormal like young adult covers.

That's a great question! I've read some Christian fiction that I enjoyed, but a lot of it's too creepy for me. Glad you enjoyed this one.

Good review Ryan! And good question! I'm not sure what constitutes the label, but I know I've shied away from religious fiction books in the past as I thought they would be boring and too preachy. I have this one on my TBR shelf, but didn't realize it had the Christian label attached. Will be interesting to see if that creeps me out or not. *L*

Great review and so true. You really have to use discernment when choosing a good Christian novel. One that you might enjoy that's the real deal is coming out in October called, "Mary's Son: A Tale of Christmas," by Darryl Nyznyk. The story is fiction set in modern day, and focuses on the true meaning of Christmas, Jesus. I'm looking forward to getting this and sharing it with my daughter, who is ten.

I do actually really like the sound of this story. To be honest I usually do all I can to avoid anything with the label "Christian Fiction" - I guess I always assumed it was heavily laid with religious propaganda that had characters motivated by God and it all came back to their beliefs and it was just all out preachy.

Like Ceri, I tend to think of "Christian fiction" as preachy and full of proselytizing.

This one doesn't sound like it fits. Or maybe I'm wrong! lol

Christian fiction seems to be one of those odd genres that I've never gravitated towards. Is it that non-Christian fiction is too soaked in godlessness to be readable? I dunno, I get by just fine with books that don't feel the need to label themselves as Christian.

Seems too much like when people pick up their ball and go play some place else, like Conservapedia.

I'm a Christian, but I don't read much of what is called Christian Fiction simply because a lot of it is poorly written with stereotypical characters, predictable plots and artificial dialogue. As in any other genre though there are good books, not so good books and absolutely awful books. There are some I've enjoyed very much and some I've spent the whole book rolling my eyes at the cheesiness of what the author wants us to swallow.

In my experience, when someone asks if a book is Christian they are really asking if it is clean and relatively free of profanity, explicit sex and unnecessary violence. People want the book to have a positive message, but they don't need it to be preaching at them for 400 pages. Unfortunately the combination of good writing, well-developed characters and a clean story is not always easy to find. The Christian Fiction genre has grown up quickly to meet the demand for clean books, but often at the expense of solid writing.

I think(and hope)Christian fiction writing will get better and I think I'm seeing some small steps toward that. I'll never agree that a book has to be fluff to be clean. C.S.Lewis and J.R.R. Tolkien wrote great Christian literature. There's no reason why others can't. All that to say this: I see Christian fiction as any book in which there are ordinary human beings struggling to live their lives in a way that honors God and written by an author who also wants to honor God in the telling of the story.

I have read a couple of Christian fiction books...I really do not gravitate toward them because sometimes they can be overly preachy. To me, a good one is one that doesn't browbeat the reader with it's Christian sensibilities. I read The Silent Governess several months ago, a Christian historical novel, and I found it to be a good historical read...not too preachy. Still, I steer clear of the genre. One of the books that I did not finish this year because it so infuriated me was labeled as supernatural Christian fiction. That experience made me very wary!