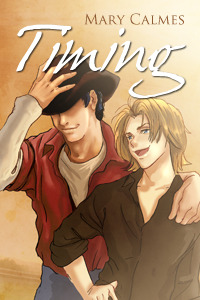 Stefan Joss just can't win. Not only does he have to go to Texas in the middle of the summer to be the man of honor in his best friend Charlotte’s wedding, but he’s expected to negotiate a million-dollar business deal at the same time. Worst of all, he’s thrown for a loop when he arrives to see the one man Charlotte promised wouldn’t be there: her brother, Rand Holloway.

Stefan and Rand have been mortal enemies since the day they met, so Stefan is shocked when a temporary cease-fire sees the usual hostility replaced by instant chemistry. Though leery of the unexpected feelings, Stefan is swayed by a sincere revelation from Rand, and he decides to give Rand a chance.

But their budding romance is threatened when Stefan’s business deal goes wrong: the owner of the last ranch he needs to secure for the company is murdered. Stefan’s in for the surprise of his life as he finds himself in danger as well.

I do have to quickly mention that I'm not a huge fan of the cover, and it has since been re-released with a new own, but this is the cover I own, so I'm sticking with it. Truthfully, the cover could be a big black square, a blob of orange and purple paisley, or a picture of a root canal, and I would still read this book over and over again.

Mary Calmes is one of those authors that should be a household name, and if she wasn't writing m/m romance novels, she probably would be. She's that damn good. I've read, and reread multiple times, every book she has had published, and there isn't a weak one in the bunch. There is a soft lyrical quality to her writing, where not one single word is wasted or unneeded. But where she excel is in her characters. In Stefan and Rand, she achieved perfection.

Don't get me wrong, they aren't perfect, they have their flaws and annoying personality traits. There are things about them that would drive me up a wall, if not into the funny house, but that's okay. Their perfection lies the fact that they are some of the most concrete, four dimensional characters I have ever had the privilege of knowing. I'm including the side characters in this when I say the beauty of her characters is how "real" they feel. One of my biggest pet peeves is when a character acts in such a manner that feels unnatural to who they are. Even when it's a small issue, something so miniscule other readers may not even notice, it's enough to pull me out of a story. I've never had that issue with her books. Stefan, Rand, and all the rest, even when they surprise me, never act in a way that betrays who they are.

I adore Stefan and Rand. The tensions that surrounds them in the beginning is tangible, and it only builds as they truly get to know each other. They are the kind of people I would love to be friends with, but am under no illusions I'm worthy enough of their notice. Their relationship is organic, and beautiful to watch. It's the kind of story movies are made of, but since that won't be happening anytime soon, I'll just keep rereading their story instead, which does include two more books after this. Now I just need to find a man that talks the way Rand does.

And since I know you were curious, this is the new cover with Rand in all his glory. 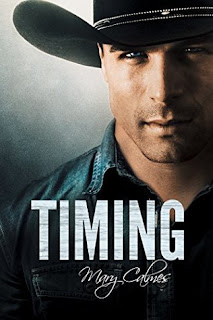 I agree with you on the top cover - it made me think you'd read a graphic novel. I'm glad to hear the book's so good.

Glad that they reissued the book with a new cover, as that first one is a real turn-off. I know we're not supposed to judge books by their covers, but I can't seem to help it!