Are Male Protagonists a Dying Breed? 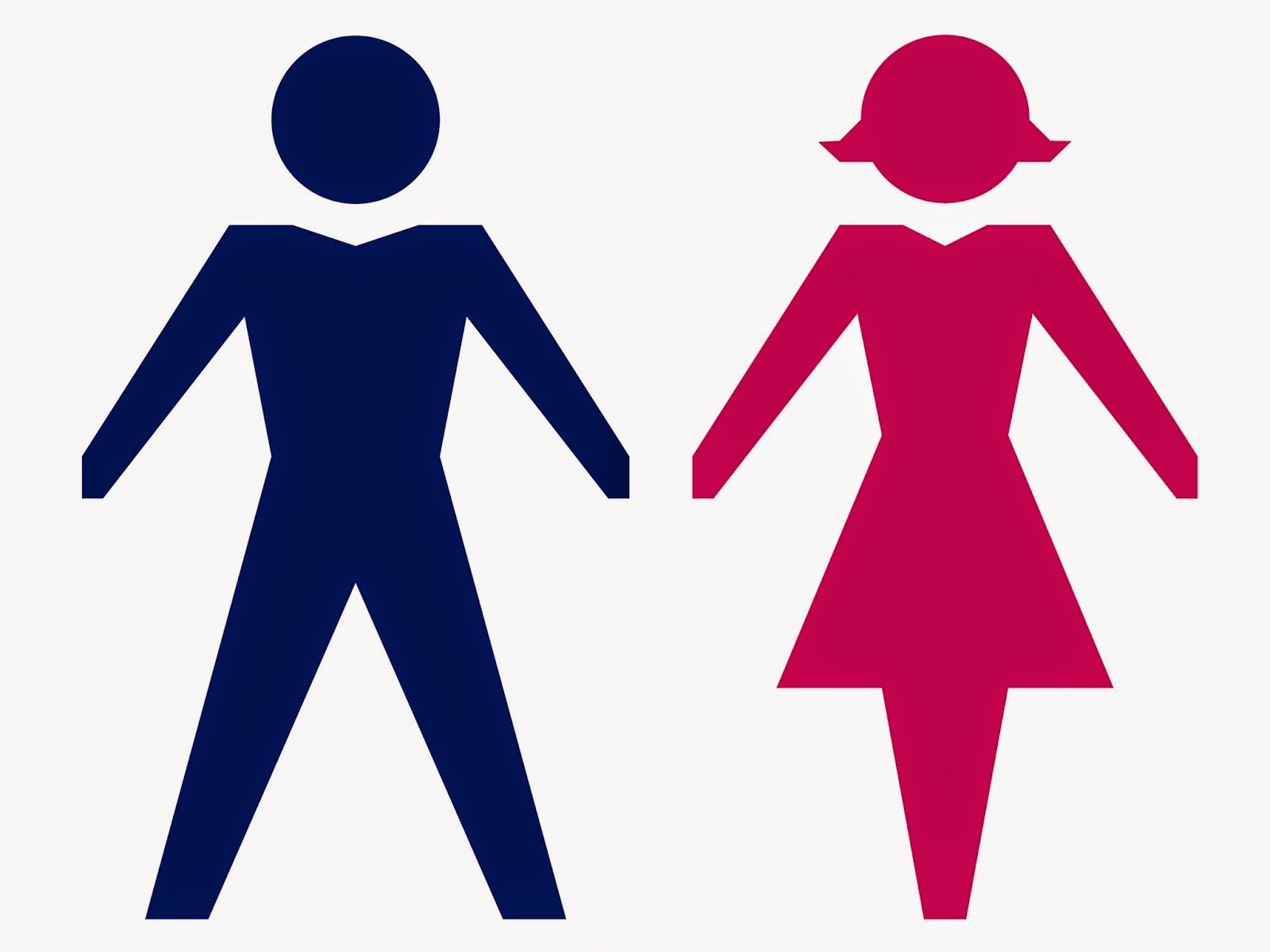 I'm not sure if it's because of the book blogging world, which is dominated by women, a world where most of the books being reviewed are general fiction, romance, and YA; all of which seem to have been taken over by female characters.  Or maybe I'm just buying my books in the wrong stores.  It seems every time I stop and look at the new fiction tables, or the best selling racks, they are almost all about female protagonists.  Even in genres that used to be heavily dominated by men; mystery, fantasy, and science fiction, it seems as if the male hero is a dying breed.  Now I know there are a lot of exceptions to my observations, and that you can all give examples of great fiction featuring male protagonists, but it seems as if they are in the small minority, that the female hero has risen up to smite the men.  So please do not list all the male lead books, or the male heroes of your favorite series.  I promise you that I'm already familiar with them, I just think they are becoming harder to find.

Now I'm not saying I've done a scientific study or anything, but going through all the blogs on my blog roll, over 70% of the currently reviewed books (the books on the first page of their blog) featured female protagonists, and the majority of the male protagonists were regulated to the espionage or action genres, or they were in older books.  A quick glance at the New York Times Best Seller List shows the majority of them feature female heroes, and the same goes for a lot of the other best seller lists I took a look at.  And a quick glance through the books that have been made into movies the last few years, it seems as if the majority of them, especially the YA movies, are again featuring female protagonists.

Before you guys start yelling at me, and screaming words like sexist and misogynistic, I'm not trying to say there is anything wrong with this trend, assuming this isn't all in the my head.  Nor am I really trying to engage in an educated sociological discussion on the merits of this phenomenon.  To tell you the truth, I'm not even sure I have a serious point to make, or a profound observation to share.

By this point in time you are probably wondering, even if this is really what's going on, what is your point of all this?  I'm so glad you asked.  Other than the fact that I've not bought books I've liked the sound of, but didn't care for the sound of the protagonist, I'm afraid that it pigeonholes boys into reading certain types of books, or keeping them from reading all together.  I totally understand the reason for strong female protagonists, as it gives girls and women someone to emulate or relate to.  But don't boys, teens, and adult men need the same thing.  Is there a reason why men should be forced to read two or three genres in order to find male heroes they can relate to?  I could be over thinking it, and working myself into a tizzy for no reason, but I'm not so sure I'm wrong here.  If this trend is stopping me, someone who already loves to read and has always been pretty open in what I do read, from reading entire genres or avoid certain plots lines, how would I not assume it's doing it to those who don't read that much or haven't found a love for reading yet.

So am I out on a limb here?  Is this something that really doesn't exist, and that it's pure coincidence in the books I'm noticing in the stores and on blogs?  And if it is real, what's causing it.  Do women make up the majority of the American reading public?  Are most of the new authors being published now women?  And, assuming this is a real phenomenon, is it the problem I seem to think it is, or is it benign and not worthy of notice?  I'm not sure about any of the questions I just asked, but I'm curious to see what you guys have to say about it.
Posted by Ryan at 7:14 PM

I haven't noticed this but will try to be more observant.

I think that all characters, no matter what their gender, are there for readers to look up to, to relate with, to emulate. Boys shouldn't just be limited to looking up to male protagonists and vice versa. I myself have looked up to so many male protagonists, not just females. I think they're all people and should be looked up to for the sole reason that they are great characters with great characteristics. They are loved and are role models because of who they are, and not because of their genders.

I think balance is always the key, and I think that the reason why there are so many female protagonists now is that this is the only real millennium that women are treated with respect, acknowledgement, and credit that they deserve. Women were not protagonists years and years ago, because well, people didn't see women as 'worthy' enough. It was all about men. Today, finally, there seems to be a balance. You just notice it I think because it's so different compared to before, sadly so.

Jillian, I agree that should be the case, but I don't think it always works that way. If you looked at my Favorite Fictional Character feature, there are numerous female characters I look up to and truly love, but there are still differences in the way female and male characters, and people in real life, look at life. I think it does have an impact on the reading habits of men when it becomes harder to find relatable male characters to relate to.

As a father, I'm always had an issue identifying with general fiction books that look at the family from the mother's point of view. For instance, there are so many books out there about mothers doing anything they can to protect their children, but there are far fewer that do it from the father's point of view. And more often than not, in the books where the mother is the hero, the father is either absent or the villain.

I totally agree that the shift should be expected and is completely understood, but is a shift to the total opposite side of the spectrum any better?

Smite the men? lol I haven't noticed. But honestly, considering how dominated by white men review publications and awards are in the publishing industry, and how the industry (including blogging) has only recently started to make a conscious effort to include women, POC, and LGBT in their catalogs and what they read and promote, I'd say there probably is a rise in female protagonists. A rise, mind you, nothing close to 'taking over.'

Tasha, I couldn't help but be a little hyperbolic :-)

Like I said, I'm sure a lot of this is in my head, but its a trend I've been noticing over the last few months. So I just wanted to throw it out there and see what you guys thought

But I agree, it is a good thing that female, people of color, and LGBT characters are on the rise.

I think it's just a coincidence and that female MCs have a long way to go before they "take over" entire genres. I prefer strong female leads and sometimes have trouble finding new authors because men still dominate.

Jillian has a good point and it shouldn't matter if the main character is male or female.

Terri, I wonder if it's a difference of perspective. I was just at Barnes & Noble today, and I would say 75% of the new releases I picked up had female protagonists as the lead. I didn't pick up all of them obviously, but I picked up the ones whose cover grabbed me. Maybe it's because I'm looking for something and not finding it, that I'm noticing this. And it could be the opposite the other way around as well.

And I agree with you guys that it shouldn't matter, but I think it does. You both alluded to the fact that strong female characters are either needed or desired by you, so why wouldn't male readers be looking for the same thing. I think teenage boys need either peer characters, or older adult male characters that they can look up to and emulate, especially since it's not so easy to find real life role models anymore.

I am a little disappointed at the number of male bloggers out there. Not very many.. though I do see a lot of males on goodreads so that's great. I have to agree about male leads in books. I've found a few lately.. the Maze Runner, Eragon. I suppose it's what sells. It was even like that whole trilogy thing that was going on for a while there. What ever sells... which is sad.

Angie, I'm glad that I'm not the only one that's noticed this. And I agree, I wish there were more male bloggers.

Ryan, I think you're probably right that it's a matter of perspective. We're looking for a certain type of book, so notice when we have trouble finding it. Last time I was at Books-a-Million I couldn't find anything with a strong female lead on the new release table, but like you I didn't check every book.

And I understand your point about males wanting role models, but they have an entire backlist to choose from while strong female characters are a relatively new development.

I wonder why there aren't more male book bloggers out there? I've only found a couple, but love hearing their perspective!